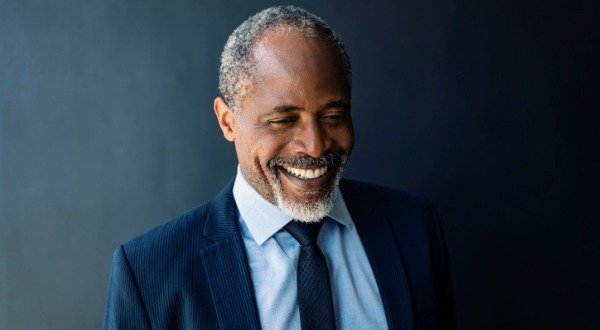 If you’re a man, the American Cancer Society estimates that you have about a 1 in 9 chance of developing prostate cancer at some point during your lifetime.

Knowing how to identify the early-onset signs and symptoms of prostate cancer is critical. It could mean the difference between having to undergo invasive radiation treatment and surgery (and suffering through a laundry list of side effects in the process), or making simple dietary and lifestyle changes now to nip this cancer in the bud and stop it from growing and spreading.

Where Is Your Prostate?

The prostate is a walnut-sized gland located directly under the bladder in front of the rectum. It surrounds the urethra, the tube that carries urine and semen out of the body. The prostate gland can affect urine control, known as continence.

How to Know if You Have Prostate Cancer: Is PSA Testing a Valid Risk Indicator?

Getting your prostate-specific antigen (PSA) levels tested on a routine basis is what the medical system says is the best way to catch prostate cancer early and eradicate it with minimal intervention. High PSA levels are suggestive of prostate cancer onset, the public has long been told. Men who fall into this category are often encouraged to get biopsied and undergo invasive treatment like surgery and radiation.

The problem is that a biopsy or the prostate “removal” operation can cause a dormant cancer to spread through the rest of the body. The PSA test is known as the “gold standard” for detecting prostate cancer. But is it really? Does a high PSA equal prostate cancer?

This is an important question, because a high PSA leads most men straight to biopsies, then to “the knife,” and then straight to pain, incontinence, and erectile issues such as impotence. Of course, let’s not forget that these procedures will guarantee billions of dollars for your doctor and the medical industrial complex.

According to recent articles in the New York Times and Washington Post, PSA tests are essentially worthless. You see, the PSA test simply reveals how much of the prostate antigen a man has in his blood, which is a marker of inflammation and can indicate cancer, but not necessarily. You see, infections, benign swelling of the prostate, and over-the-counter drugs (like Ibuprofen) are all factors that can elevate a man’s PSA level.

Dr. Thomas Stamey of Stanford University was one of the original boosters of the PSA test. At a 2004 conference, he stated,

PSA no longer has a relationship to prostate cancer. The PSA test is not relevant any more. You might as well biopsy a man because he has blue eyes.”

In fact, the PSA test has been such a dismal failure in detecting prostate cancer, its inventor (Richard J. Ablin) has been speaking out against his own discovery for more than a decade!

Most recently, in a March 2010 edition of The New York Times, Ablin wrote,

The [PSA] test is hardly more effective than a coin toss. As I’ve been trying to make clear for many years now, PSA testing can’t detect prostate cancer…The test’s popularity has led to a hugely expensive public health disaster.”

On a side note, a large body of evidence demonstrates that PSA is not a “prostate-specific” antigen at all.  As a matter of fact, PSA has been shown to be expressed in many forms of female tissues. The breast is a major female organ able to produce PSA.

Your Urine Can Reveal 4 Signs of Prostate Cancer

To avoid this latter type, it’s important to educate yourself on the most common signs of prostate cancer in men associated with the development of prostate tumors.

Symptoms of prostate cancer in men include bladder and urinary problems that result in:

Many of these signs of prostate cancer develop slowly over time. However, if you notice that you’re suddenly having more difficulty releasing urine, or there’s a buildup of pressure in your bladder or urethral area, this could be an early warning sign that a prostate tumor is forming.

Are You Eating Right to Avoid Prostate Cancer?

If your diet is marked by heavy intake of caffeine, alcohol, refined sugars, and unhealthy fats (these include processed vegetable oils and trans fats) you’re already at a higher risk of developing prostate cancer. A consistently bad diet is an automatic early risk factor that you need to address now for optimal health and disease avoidance.

Nutritional programs for prostate cancer prevention include diets rich in zinc and selenium, both of which have been scientifically shown to feed the prostate gland and protect against cancer. Research published in the journal Clinical Interventions in Aging in 2007 identified further how these and other nutrients, including B vitamins, stinging nettle, pumpkin seed, garlic, and more can help minimize prostate inflammation and protect against cancer.

Consuming plenty of healthy fats is part of this equation as well. Omega-3 fatty acids serve as the building blocks of healthy cellular membranes throughout your body, including in your prostate. Omega-3s also minimize the inflammation that can lead to prostatitis, hormone dysfunction, and ultimately cancer.

Healthy Digestion Can Make All the Difference

Also integral to optimal prostate health is a well-functioning digestive tract, which means if yours is out of whack, now is the time to make a change. Part of the nutrition-based prostate cancer prevention protocol involves balancing your digestion. This will avoid gut complications such as constipation and irregularity, both of which can lead to systemic toxicity.

Digestive enzymes and probiotics can help in this area. Also helpful is hydrochloric acid, or HCL, a supplemental form of stomach acid that ensures proper food breakdown and nutrient assimilation. Other beneficial nutrients include vitamin D3 and curcumin, which studies have shown help aid in keeping the prostate from becoming inflamed and oversized.

Probiotics are particularly beneficial in that they help balance your digestive microflora, the bacterial ecosystem that regulates your immune system and nutrient uptake. Recent science has shown that up to 90% of all prostate cancers may be caused by a bacteria known as Propionibacterium acnes. Your body can successfully fight off if it has its own healthy arsenal of beneficial bacteria.

Please share these important prostate cancer signs (and tips to prevent it from developing) with friends and family!

Editor’s note: This post was originally published in June 2016. It has been updated and republished in December 2019.

Over 2 million people have joined The Truth About Cancer’s fight to eradicate cancer once and for all.

If you want to find real solutions… plus hear the truth about all the misinformation out there about cancer, click here to join the movement (it’s free).

←
Previous
How to Make the Cancer Fighting Essiac Tea Recipe
→
Next
Benefits of Epsom Salt Baths: A Powerful (and Cheap!) Detoxifier