You are here: Home / Cancer Treatments / Using Your Mind to Fight Cancer 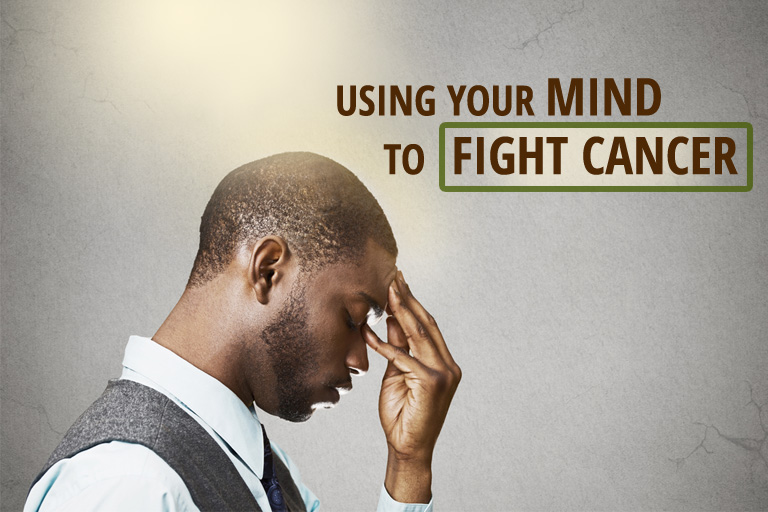 Cancer can be a landmine of emotional, financial, and physical stress. From the moment a patient is given a cancer diagnosis, there is fear of the unknown and worry about what happens next.

Keeping the mind and spirit at peace is crucial to fighting cancer. Your mind has a very powerful influence over your physical self.

Does this sound like “pseudo-science” to you? The medical community thought so for many decades. Heck, so did I for a long while! However, new research is finding a measurable connection between your thoughts and healing.

The Fascination of the Placebo Effect

Consider the well-known “placebo effect” that continues to baffle scientists in many different fields. Clinical trials are split into groups in order to test research. One group is given the drug or treatment but the other is not. The latter group is considered the control group.

All the participants are told they are receiving the same drug or treatment – in the form of a pill, a shot, a drink, or some other modality – but usually half are actually receiving a placebo. It looks or feels like the “real” drug but it contains nothing that can in any way influence their health.

The placebo effect, as the doctors call it, is when a patient believes so strongly that the treatment will make them well, that he/she exhibits physical changes as if they are receiving the same drug as everyone else.

When the placebo group was given a pill, thought to be a stimulant, their pulse and blood pressure increased and they had better reflex time. Other participants on a placebo for pain management showed improvement in chronic pain due to an increase in endorphins – the body’s natural pain reliever.

In some cases patients were told they were taking a placebo and still manifested improvements in their depression, sleep disorders, digestive problems, and menopause symptoms. 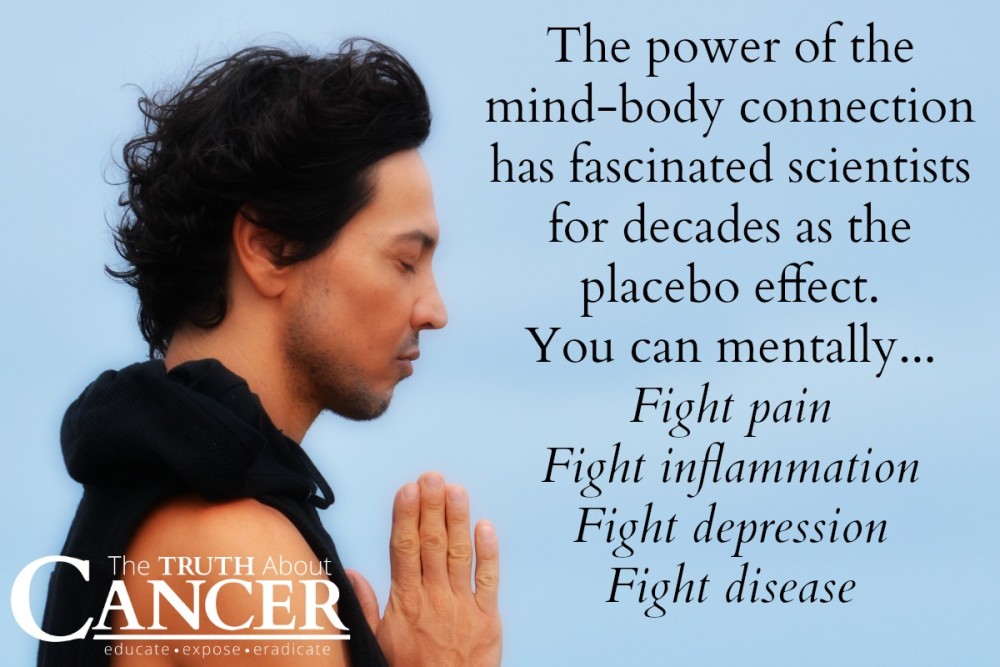 The mind-body connection is real. Researchers believe that patients with high expectations for getting better, release biological chemicals to simulate the effect, while altering specific regions of the brain to achieve the believed results. Your body has the ability to mimic the effects of antidepressants, anti-inflammatory drugs, painkillers, and asthma medication. The science behind this phenomenon may be largely unknown but that doesn’t  invalidate it.

The truth is, scientists are beginning to understand how the brain communicates with the body on the cellular level. An understanding of the cellular steps has blossomed since Sir John Vane won his Nobel Prize in 1982. In fact, four additional Nobel Prizes have been given in the last decade for discoveries about cell communication within the body.

The good news is that deep breathing exercises and oxygenating aerobic exercises have proven to be an effective method for reducing stress and building the immune system. Bristol University reviewed 52 worldwide studies and concluded that people who incorporated daily exercise routines developed fewer cancers and those with cancer survived longer. Exercise also produces “happy hormones” called endorphins, which neutralize the stressful ones.

Naturally, diet and lifestyle choices play a major role in one’s overall health, but never discount the power of  thought and the effect it has on one’s ability to prevent,  fight and keep cancer from coming back.

Looking for natural ways to beat cancer? Get over 140 “hidden” cancer-fighting protocols!

←
Previous
The Cancer Oxygen Connection: Oxygen to Kill Cancer
→
Next
Benign and Malignant Tumors: What is the Difference?