You are here: Home / Featured Articles / The Truth About Cancer Gives Back to Charity

The Truth About Cancer (TTAC) once again fulfilled its promise to donate to charities who are working to provide healing alternatives and support for cancer patients and their families.

The Independent Cancer Research Foundation (ICRF) is a non-profit organization that researches and develops natural cancer treatments which can be used by cancer patients at any stage of this disease, from newly diagnosed to very advanced. Working with several thousand cancer patients every year, ICRF provides guidance and support to help them deal with and heal from their cancer. ICRF’s “Cancer Tutor” website is one of the best-known natural medicine online resources providing alternative cancer treatments.

Healing Strong connects, supports, and educates individuals facing cancer and other diseases with holistic, evidence-based, non-toxic therapies. They provide resources, mentoring, training, and support to groups around the world who desire to help others to heal strong and stay strong.

Cancer Crackdown helps cancer fighters and survivors to develop unique plans specific to each individual to help them succeed in winning the battle against this disease and reaching their overall health goals. They offer a wide range of resources and encouragement for those fighting, those surviving, and those that wish to prevent cancer.

The Nicolas Gonzalez Foundation is committed to preserving and promoting The Gonzalez Protocol: evidence-based, natural, and primarily food-based solutions with pancreatic enzyme therapy. Currently they are creating a training program for practitioners in The Gonzalez Protocol as well as organizing scientific studies to further test the protocol. They continue to promote Dr. Gonzalez’s belief in a proactive pursuit of vitality and in the body’s natural self-healing ability.

The Paws For Change Foundation was established to raise money through charitable donations to further education and research in the area of animal nutrition and the role of nutraceuticals, herbs, and natural healing in promoting animal longevity and well-being.

The following charities received charitable donations from The Truth About Vaccines (TTAV):

CMSRI was established to provide funding for research to address eroding national health, particularly in very young and elderly populations. There have been significant increases in immune, inflammatory, and cognitive disorders in children and adults in the past three decades. CMSRI is interested in discovering what changes in human exposures – including vaccines – may be contributing to chronic health conditions, which are increasingly common in children.

G. Edward Griffin
Luminary Leader in the Renaissance of Truth and Light

G. Edward Griffin is an American author, lecturer, and filmmaker. Long before TTAC was founded, G. Edward Griffin was fighting to wake people up and reveal the truth about cancer. And it is on his mighty shoulders that TTAC stands.

This is why only one award was given away this year as he is a peerless and fearless leader for truth and light. His book World Without Cancer makes a revolutionary argument that cancer is a nutritional deficiency that can be cured by consuming amygdalin.

His willingness to educate and spread the truth about cancer in spite of a wall of resistance from mainstream medicine is one of the many reasons why he’s TTAC’s hero and the recipient of TTAC’s 2017 Lifetime Achievement Award. 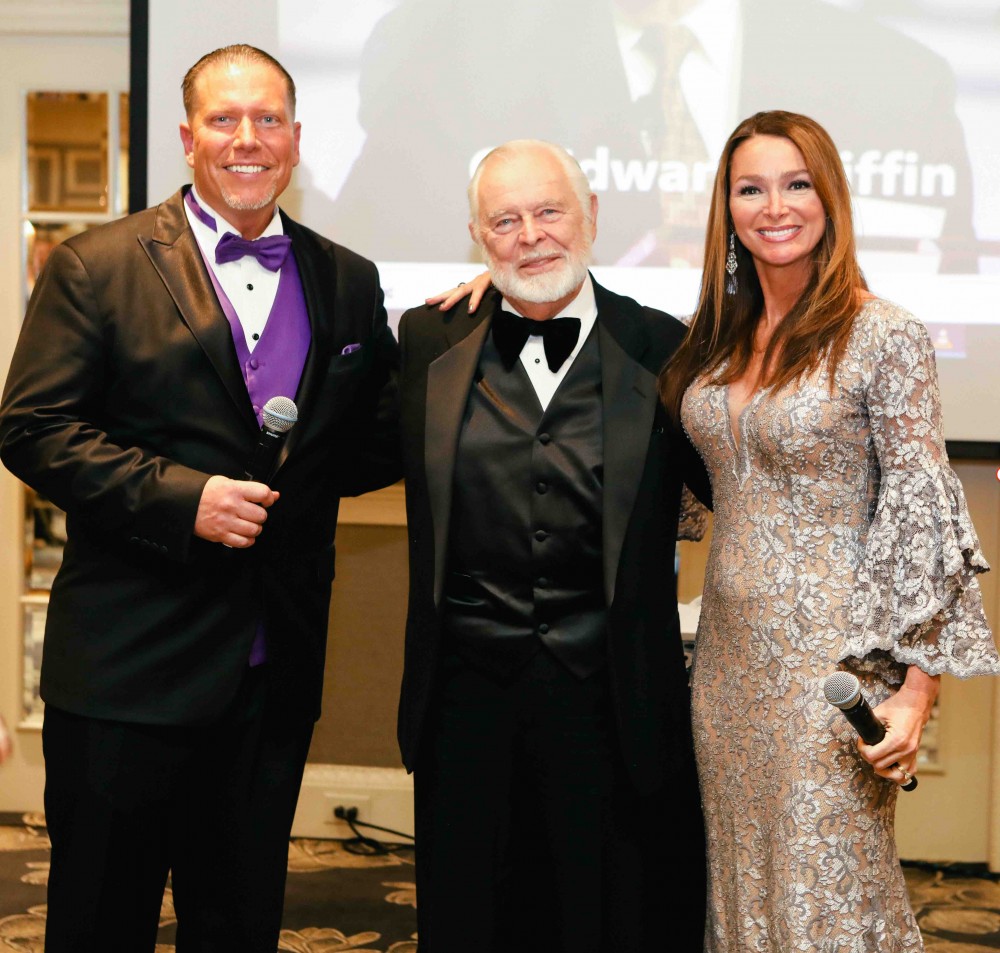 “I am overjoyed and humbled to be able to present charitable donations to these worthy organizations and amazing people,” said Ty Bollinger, co-founder of TTAC.

“Our global documentary series reveals that there are real evidence-backed cancer cures, treatments, and prevention methods that don’t involve dangerous surgeries or harmful drugs. We want everyone that watches the series to know the real truth about cancer.

We’ve interviewed some of the most knowledgeable scientists, doctors, researchers, and cancer survivors in the world and we know that their methods and treatment options provide a positive alternative to the current cancer treatment options. It’s truly awe-inspiring. Because of this rewarding work we are able to give back in a big way and plan to do much more in the future.”

Ty Bollinger lost 7 members of his family to cancer in only 7 years, including both of his parents. His pain and feelings of helplessness during this tragic period of loss inspired him to go on a quest to find the real answers about cancer treatment methods and the medical industry.

Through the tireless efforts of Ty Bollinger and his wife, Charlene, it became their mission to discover real treatments, breakthroughs, and therapies to prevent and even cure cancer without resorting to harmful surgeries or dangerous conventional treatment options.

The Truth About Cancer charity gala and Lifetime Achievement Awards were created to build awareness and recognize leaders in medicine and health that are often overlooked by the conventional health care system. These experts and doctors are featured in the latest 9-part global docu-series, The Truth About Cancer: A Global Quest, which contains interviews with 131 of the world’s leading physicians, scientists, and researchers that are successfully using innovative, life-saving technologies and practices.

In addition, TheTruthAboutCancer.com exposes the “history and the business of cancer” which forces patients to continue outdated and overpriced toxic treatments – profitable to the pharmaceutical industry.

Its ultimate goal is to eradicate the global cancer pandemic, by providing free knowledge to those searching for cures, with the primary mission being education and awareness on cancer prevention and alternative cancer treatments.

“We’re looking forward to an amazing 2018,” said Charlene Bollinger. “Thank you for your support and believing in our mission. This is a life-changing message of hope – please continue to spread the word to as many people as possible. Working together, we can save lives.”

Over 2 million people have joined The Truth About Cancer’s fight to eradicate cancer once and for all. If you want to find real solutions…

plus hear the truth about all the misinformation out there about cancer, click here to join the movement (it’s free).

Here at The Truth About Cancer®, our passion and mission is to:> Educate you on all the most effective ways to avoid cancer, and to beat it if you or a loved one has it or ever gets it, including the many ways you are not hearing about elsewhere.> Expose all the mis-information out there about cancer, which can otherwise lead to unnecessary fear and unnecessary reactions that can hurt you instead of help you.> Eradicate cancer − and eradicate the fear surrounding it − starting with helping YOU right now and then you sharing the good news with others! Join our mission here: thetruthaboutcancer.com/join-free/