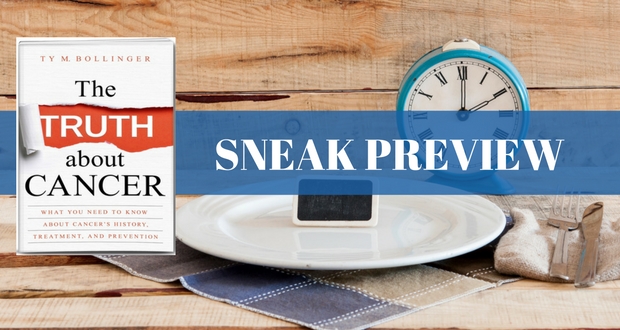 The following is an excerpt from The Truth About Cancer: What You Need to Know About Cancer’s History, Treatment, and Prevention (Hay House, 2016), by Ty Bollinger.

Many people do it for cultural and religious purposes, but fasting has a place in cancer treatment as well—and I’m not even talking about having to starve yourself for days at a time in order to see results. Simply adjusting the times at which you eat, a protocol known as intermittent fasting, can make all the difference in getting your metabolism back on track.

It’s something they do down at the Hope4Cancer Clinic in Tijuana as an adjunct to the other treatments offered there. Dialing down the time frames in which patients eat from the typical morning, noon, and night routine, which can span upwards of 12 hours or even longer, to a much smaller 6- to 8-hour window during the middle of the day has helped many people conquer their cancers faster and with greater comfort throughout the process.

Intermittent fasting has been shown to help boost insulin sensitivity and reduce insulin resistance, while at the same time promoting Enzyme and Metabolic /Mitochondrial Therapy normalized autophagy. Oscar Puig, a nutritionist at the Hope4Cancer Institute, is keen on the “Leangains” Method of intermittent fasting, which restricts eating times to between noon and 8 p.m. every day. This method is both effective and easy to follow because the daily schedule remains the same rather than changing. 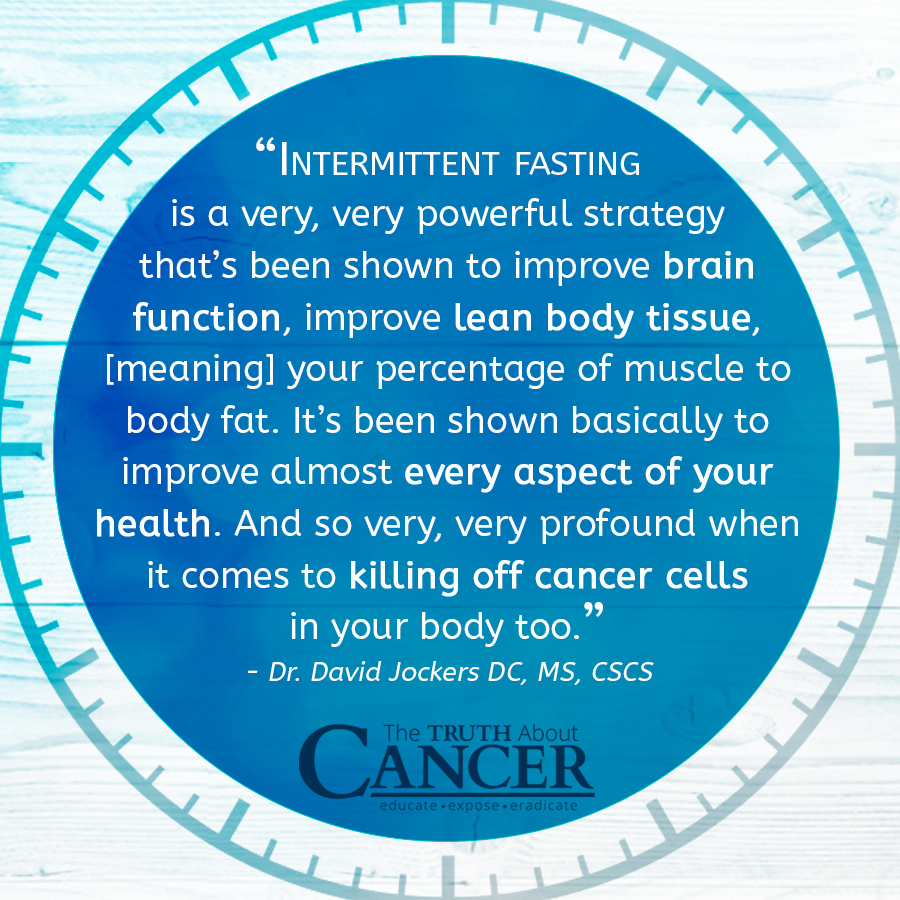 You wouldn’t think that depriving a person’s body of nutrition during certain hours of the day would have much effect on his cancer state, but it does. A 2009 study out of the University of Southern California found that cells respond to this period of being in “starvation mode” differently depending on whether they’re healthy or malignant. Healthy cells generally wait out this “lean period” by going into a type of hibernation mode, which protects them from damage. But cancer cells continue to grow because their genetic pathways are stuck in “on” mode, which makes them less resistant to stress and more prone to failure.

“The cell is, in fact, committing cellular suicide,” stated Valter Longo, an associate professor of gerontology and biology at the University of Southern California, who for years has been studying the effects of intermittent fasting on cancer and how cancer cells respond to this nontoxic therapy. “What we’re seeing is that the cancer cell tries to compensate for the lack of all these things missing in the blood after fasting. It may be trying to replace them, but it can’t.”

The fact of the matter is that every type of cancer is treatable with metabolic therapy, whether it involves intermittent fasting, R-KD, enzyme therapy, or some combination of all of these. As Professor Seyfried puts it, all types of cancer have “the same, beautiful, metabolic target” painted on their backs, which means beating this dreadful disease is simply a matter of hitting it, and hitting it hard.

←
Previous
TTAC Book Excerpt: Hyperthermia and the Power of Heat
→
Next
Why Pasteurized Milk is Bad for Your Health