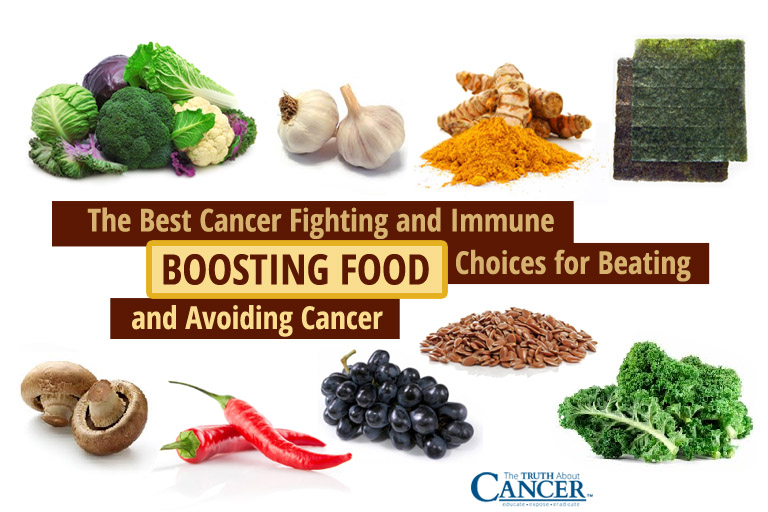 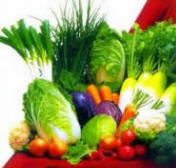 Curcumin (turmeric) – Curcumin, the major ingredient of the spice turmeric, has been a rising star against cancer in recent years. Numerous studies have reported curcumin’s cancer fighting abilities and prevention abilities, including one study which found that curcumin helps prevent lung cancer for tobacco smokers.

Mushrooms – There are a number of mushrooms known as “medicinal mushrooms” which can help the body fight cancer and build the immune system. These mushrooms contain a number of valuable cancer fighting and immune boosting compounds including polysaccharides such as lentinan, beta glucan, lectin and thioproline. These compounds attack cancerous cells, prevent them from multiplying and boost immune activity – including stimulating the body’s natural production of interferon.

Garlic – Garlic, as well as onions, leeks and chives, have immune-enhancing allium compounds that increase the immune cell activity, help break down cancer causing substances and block carcinogens from entering cells. Studies have linked garlic to lowering the risk of stomach and colon cancer. Diallyl sulfide, a compound found in garlic oil, has also been shown to incapacitate carcinogens in the liver.

Flax – Flax contains lignans, compounds which block or suppress cancerous changes in cells. Flax is also high in omega-3 fatty acids, which protect against colon and other cancers. Notably, flax is part of the famous and highly successful Budwig Cancer Diet. 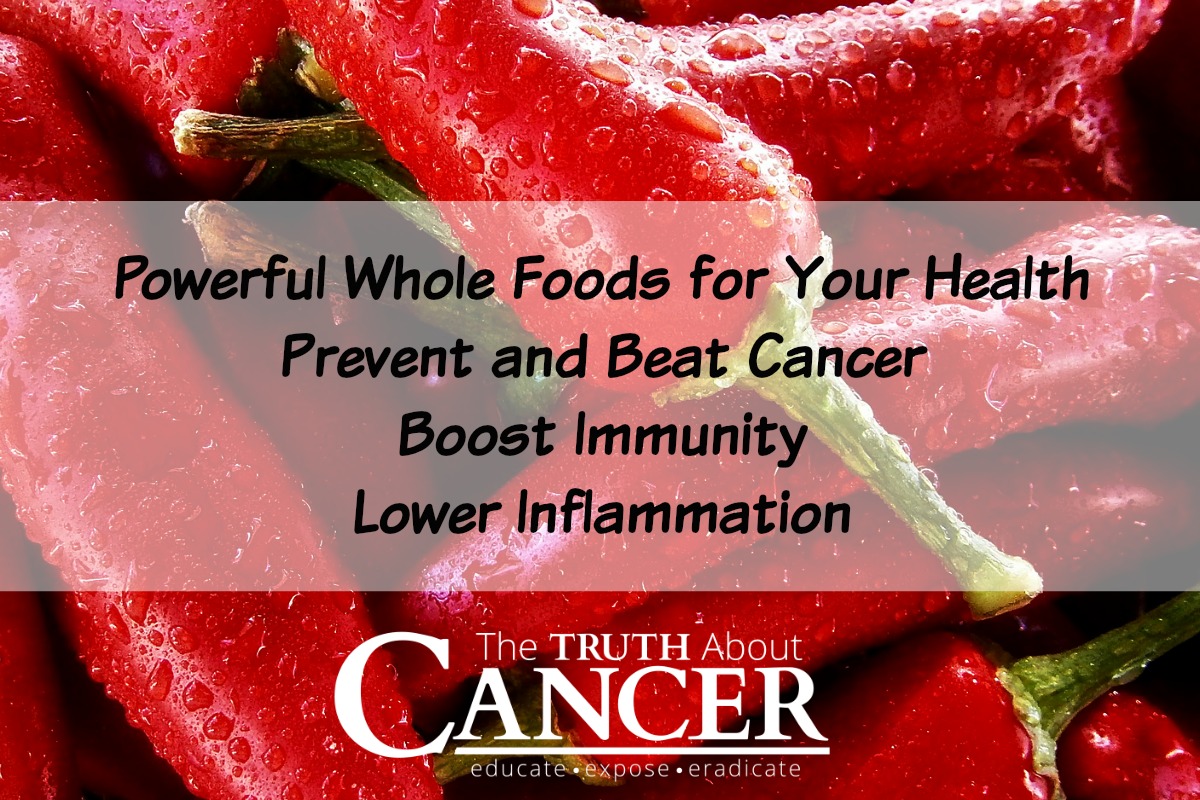 Dark Seeded Grapes – Dark red grapes contain powerful bioflavonoid antioxidants that work as cancer preventatives. Grapes are also a rich source of resveratrol and ellagic acid, a compound that slows the growth of tumors by blocking enzymes needed by cancer cells. Eat the entire grape, seeds and all.

Brown Seaweed – Brown seaweeds such as kombu contain the polysaccharide compound fucoidan. Fucoidan has been found to kill cancer tumors including lymphoma, different kinds of leukemia, stomach cancer and colon cancer. Notably, the people of Okinawa, who consume the highest per capita amount of kombu, have some of the highest life expectancies in Japan as well as the lowest cancer death rate.

Other powerful cancer fighting foods are:

Looking for natural ways to beat cancer? Get over 140 “hidden” cancer-fighting protocols!

←
Previous
Remarkable Resveratrol
→
Next
Caution! How Sunscreen Gets Into Your Blood and More (video)

Tony Isaacs is a member of the National Health Federation and the American Botanical Council. He is a natural health advocate and researcher and the author of books and articles about natural health including "Cancer's Natural Enemy." Mr. Isaacs articles are featured at The Truth About Cancer, the Health Science Institute's Healthiertalk website, CureZone, the Crusador, Health Secrets, the Cancer Tutor, the Silver Bulletin, the New Zealand Journal of Natural Health, and several other venues.In addition, he hosts the Yahoo Oleandersoup Health group of over 3500 members and the CureZone Ask Tony Isaacs - Featuring Luella May forum. Tony and his partner Luella May host The Best Years in Life natural health website where their motto is "It's never too late or too early to begin living longer, healthier and happier lives." http://www.tbyil