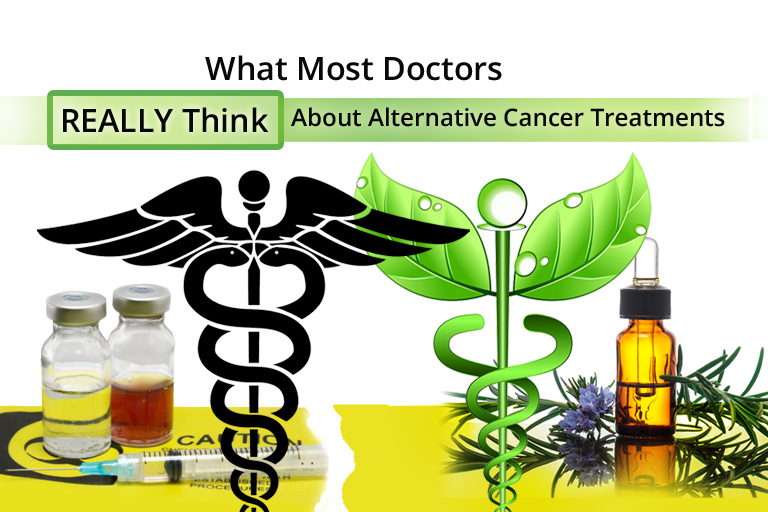 How receptive are most oncologists to using alternative cancer therapies for their patients?

Not surprisingly, most medical practitioners are  apprehensive to their patients utilizing cancer treatments that are not considered “standard of care.”

But not for the reasons you may think…which will be explained later in this article.

Most physicians interviewed in Dr. Ivy Lynn Bourgeault’s (from the Canada Medical Association) research said they opposed the use of alternative cancer therapies for their patients.

Yet, according to Dr. Bourgeault, “54% of people with cancer use alternative therapies and up to half of those patients completely abandon standard medical treatments in exchange for alternative methods.”

Some alternative cancer treatments include:

But the question remains… if standard medical methods were working, why are more than HALF of cancer patients turning to alternative medicine for healing? It has to be due to the failure of conventional cancer treatments, or at least ineffective in the eyes of the patients. [ Cassileth BR, Brown H. Unorthodox cancer medicine. CA Cancer J Clin 1988; 38:176-86 ]

In a survey of cancer patients, 39% reported that their doctors reacted with disapproval concerning their request for alternative therapy and 4% refused to continue as their physician because they chose natural medicine.

Still, in that same survey, it was reported that 30% of oncologists supported the use of alternative cancer treatments, while 12% were neutral.

It is unnerving to discover that some doctors refuse to consider alternative cancer treatments when their patients clearly want to discuss and pursue those options.

Interestingly enough, most physicians report being opposed to the alternatives  by reason of insufficient knowledge, not because they’re ineffective.

However, 83% of the doctors surveyed reported that continuing education about alternative health services  was of interest…but the source of information was primarily from their patients, not from peers or medical research.

A survey from Ontario and Alberta, Canada concluded with remarkable results; namely, 54% of practitioners felt conventional medicine could benefit from the concepts and methods of alternative medicine for the following reasons: most patients were not responding to conventional treatment, their patients requested it and admittedly, alternative medicine is proven effective in treating particular disorders. 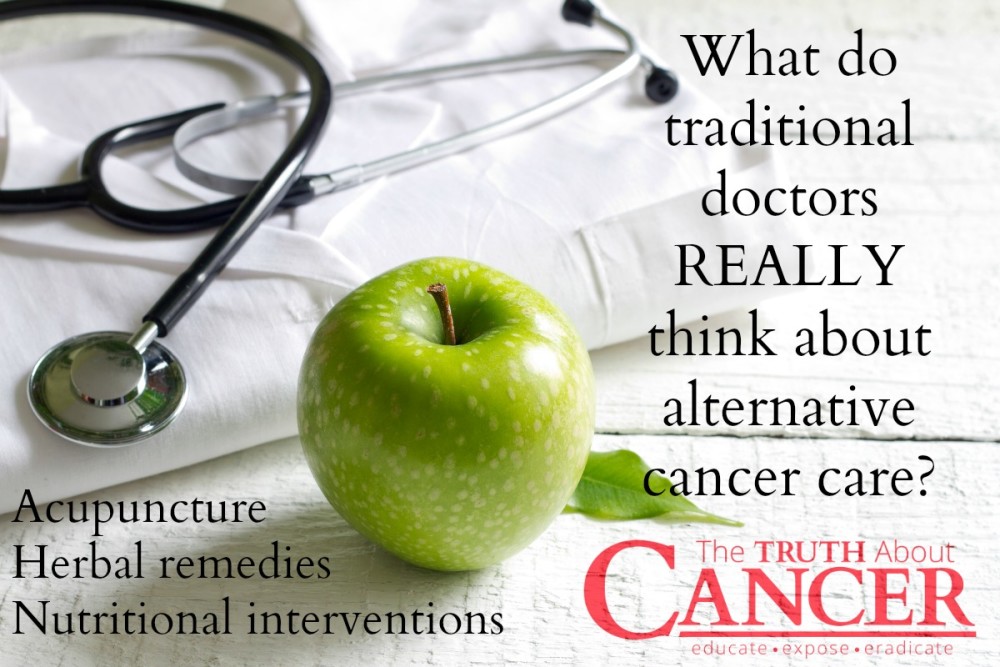 Finally, whether medical practitioners believe in alternative treatments or not, research supports the fact that patients find them helpful, even if it just increases their optimism.

So the question is,… if doctors are open and willing to learn about alternative medicine to treat cancer, and their patients are turning to non-conventional cancer treatments…why isn’t more education recommended to oncologists?

Two words: Flexner Report. Due to an alliance between the American Medical Association (AMA) and big business (the Rockefellers and Carnegies) over 100 years ago, the medical schools in the USA focus solely on prescription drugs for cancer treatment while actively turning people away from natural remedies. 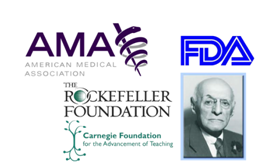 How can we counteract this policy?  One solution is to enthusiastically support the patient’s right of choice when it comes to their bodies, as long as all the  information has been presented and discussed openly between the doctor and patient. After all, this is still the “land of the free,” right?

The research shows that there is clearly a need for more openness between doctors and their patients with regard to alternative cancer treatments.

This is particularly important because many cancer patients are rejecting conventional treatments, sometimes permanently, in favor of alternative treatments.  Interestingly, according to a poll at McGill Cancer Centre, in a poll of 64 oncologists, 58 indicated that they would not utilize chemotherapy for themselves or their families, due to the fact that this archaic, barbaric form of treatment is “too toxic.” 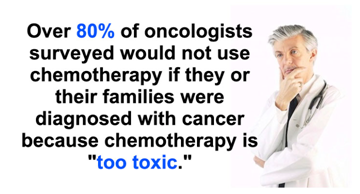 ettes to their patients using the mantra, “a pack a day keeps lung cancer away.” Both of these ridiculous suggestions have been proven to be pure quackery, but they were widely accepted by the “medical establishment” of their day.

Now is the time to openly discuss alternative cancer treatments as a real solution to conventional medicine.

←
Previous
Does the raw vegan diet work for cancer? (video)
→
Next
Can Royal Jelly Cure Cancer?

Ty Bollinger is a happily married husband, the father of four wonderful children, devoted Christian, best-selling author, medical researcher, talk radio host, health freedom advocate, former competitive bodybuilder and also a certified public accountant. After losing several family members to cancer (including his mother and father), Ty refused to accept the notion that chemotherapy, radiation, and surgery were the most effective treatments available for cancer patients. He began a quest to learn all he possibly could about alternative cancer treatments and the medical industry. Ty has now made it his life mission to share the most remarkable discovery he made on his quest: the vast majority of all diseases (including cancer) can be easily prevented and even cured without drugs or surgery. Ty speaks frequently to health groups, at seminars, expos, conferences, churches, and is a regular guest on multiple radio shows and writes for numerous magazines and websites. Speaking from personal experience and extensive research, Ty has touched the hearts and changed the lives of thousands of people around the world.