Ty Bollinger: Did you know that there’s a connection between oral health and disease risk?

And that is this: Did you know that 63% of men in this country, if they have gum disease, advanced gum disease, have an increase chance of prostate [sic] cancer? 63%. From a Harvard Study. And also, just with moderate gum disease, which many of us in this room probably have, 33% have an increased risk of lung cancer. There’s a 50% increase in the risk of kidney cancer and there’s a 30% increase of blood cancer such as leukemia.

Most of this may not be a direct result of the bacteria or the pathogens that are involved with these, but they set up a constant inflammatory state. And as you know there’s just not a disease that we deal with that doesn’t have an inflammatory component to it.

This particular man, Gerald Curatola, has just written a book and literally was just released, that deals—and he has distilled the information very nicely there for you to see what kinds of impact dentistry can have on our systemic health. So, I recommend it to you.

Then there’s the not-so-obvious cancer connection, and that is the one that most of us in here are familiar with, and that is what in the world do we do if we have a mouth full of these? As you know, these have been debated for years, and quite frankly, I think we had the opportunity as an organization, as an American dental organization, to say years ago, 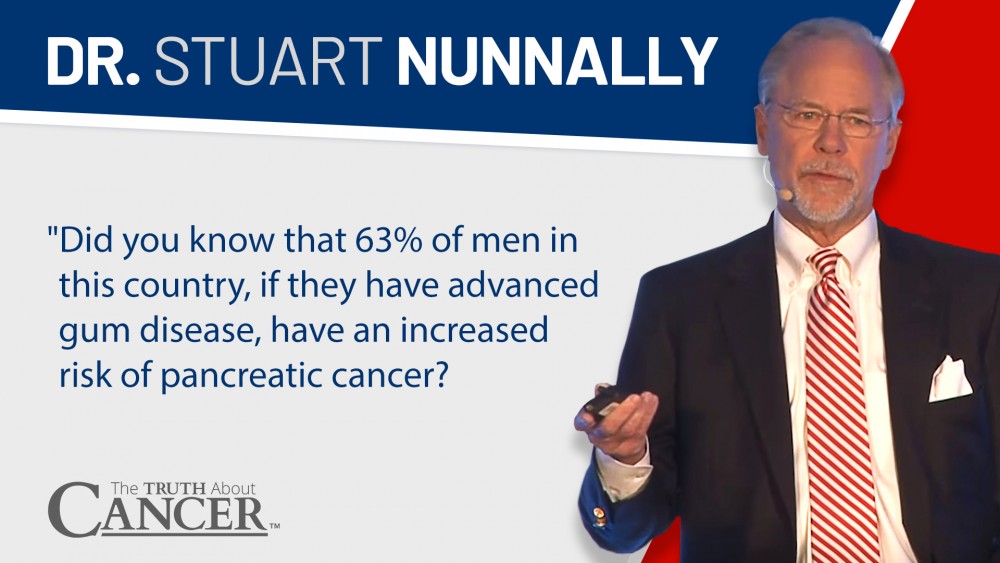 Well, let’s just talk first about a few more facts. First of all, this is the second most toxic element known to man. It’s an extremely potent neurotoxin. It’s second in toxicity only to plutonium. It’s very difficult to think that we would place that in someone’s body.

There is no biological barrier. It accumulates in the fetus. In fact, the fetus is a magnet for mercury. When the mom has mercury fillings, or if she’s had a vaccine that has mercury in it, the fetus is actually a magnet. You will see higher levels in the tissues of the fetus then you will see in the mom. Of course, it’s a depressant and that’s one of the reasons why so many people in this country are depressed.

In fact, if you want to depress a laboratory animal or initiate an autoimmune disease, most often it’s done in the laboratory with mercury. It almost makes me sick.

I was listening to a radio show the other day and there was a physician on the show, and he said, “Oh no, there is no reason.” The caller called in and said, “Is there any reason for me to have my mercury amalgam fillings removed?” And the physician said, “Of course not. There’s no mercury that comes from that material.” Well, the physician has lost and forgotten his ninth-grade chemistry, because the truth of the matter—

And here’s the example that he used. I want you to be prepared for this in the future, should you hear it.

Well, the truth of the matter is, the poor physician has lost all sense of his chemistry background, because that’s not what happens when you mix metals together. When you mix mercury together with silver, zinc, tin, and copper, it doesn’t stay there. It’s an amalgam and it leaks out very, very freely to the environment. And the only reason it’s really been used, in my opinion, is because it’s dirt cheap.

Ty Bollinger: That’s some amazing information on the importance of oral health from Dr. Nunnally.

Charlene Bollinger: If you learned something new, please share this on your social media and let your family know about The Truth About Cancer. Thank you and God bless!

Turmeric has been used in the Chinese and Indian pharmacopoeia for thousands of years... and many have even called it the most amazing herb in the world.

←
Previous
Do You Have Low Iodine? The Link Between Iodine Deficiency & Cancer
→
Next
The Best (Healthiest) Sweeteners for a Ketogenic Diet 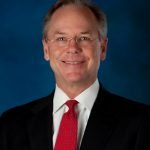 Dr. Stuart Nunnally is a graduate of the University of Texas Health Science Center Dental School in San Antonio (1980). He maintains an integrative biological dental practice in Marble Falls, Texas where he has treated patients from all fifty states and twenty-four countries.Dr. Nunnally is board certified in naturopathic medicine and is board certified in integrative biologic dental medicine. He serves on the teaching faculty of the Academy of Comprehensive Integrative Medicine and The American College of Integrative Medicine and Dentistry, and he frequently teaches on all aspects of biological dentistry.