You are here: Home / Cancer Prevention / What Are Anthraquinones and Can They Help Prevent Cancer? 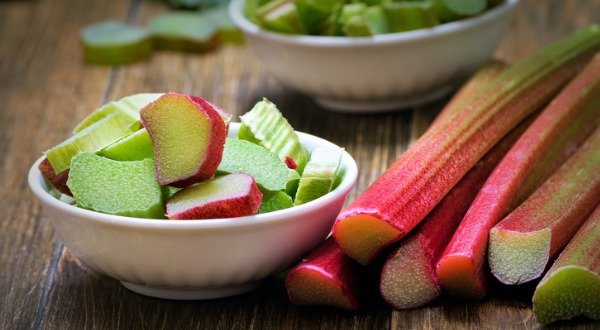 Anthraquinones are found in plants such as rhubarb, buckthorn, yellow dock, and senna. They have traditionally been used as dyes and pigments. But since ancient times, individuals have also used anthraquinones for healing as well. And recently, there has been increasing evidence that they contain potent cancer-fighting properties.

The Amazing Cancer-Fighting Properties of Rhubarb

Perhaps the most common source of anthraquinones (and the most studied when it comes to cancer) is rhubarb − largely because Turkish Rhubarb is one of the main ingredients in Essiac Tea. There is a good reason why rhubarb is included as one of the super-healing herbs in this ancient Ojibway formula. Besides being flush with antioxidants such as resveratrol and ferulic acid, it is also the presence of anthraquinones within rhubarb that give it its cancer-healing properties.

A 2012 Taiwanese study found that the anthraquinone substance, rhein, in rhubarb induced cancer cell apoptosis (cancer cell death) in HER2 breast cancer cells, even when they were resistant to chemotherapy. A similar substance in rhubarb called emodin (mostly known for its laxative effects) had the same effect in breast cancer.

Another rather remarkable way that anthraquinones can fight against cancer is in regards to mercury. Researchers at the China Military Institute of Chinese Medicine discovered in March of 2016 that anthraquinones in rhubarb appeared to have a “protective effect against mercury-induced kidney failure.”

Where Else Can You Find Anthraquinones?

Studies as early as the 1970s knew about the cancer-fighting effects of Common Buckthorn, also known as Rhamnus frangula L. (not to be confused with sea buckthorn, which is a completely different plant). A study published more than 40 years ago in the medical journal Lloydia found that common buckthorn contained the anthraquinone-substance emodin and was shown to be a significant tumor inhibitor against lymphocytic leukemia in animal models.

Some Warnings About Anthraquinones

For thousands of years, anthraquinone-based plants in Europe and North America have been used primarily to stimulate the colon for the prevention and treatment of constipation. Just as is the case with any intestinal stimulant, if taken over a long time, laxative dependence can occur with anthraquinones. Depletion of essential minerals such as potassium can be one side effect of this.

Anthraquinones move things along in the colon to produce a bowel movement by slightly irritating the colon lining, which causes the colon to contract. Prolonged use of anthraquinones (for more than four months, say some experts) can lead to a condition called Melanosis Coli. While there appears to be no connection between Melanosis Coli and colon cancer, other studies have found a correlation between this condition and an increased number of adenomas (benign colorectal polyps).

Anthraquinones Are Powerful Substances for the Gut & for Cancer Healing

If you are considering using plant therapies that contain anthraquinones for cancer prevention and/or healing, just be sure to do your homework first. Coupling anthraquinone-containing herbs with stomach-soothing “counter-balancing herbs” (such as is the case with Essiac Tea) may help.

What has stood the test of time (and also scientific inquiry) is that anthraquinones are not only powerful and effective substances for getting an impacted colon moving again, they can also stimulate cancer cell death and tumor inhibition. Herbs such as rhubarb can be considered as powerful adjuncts for your cancer-healing toolbox, when used responsibly. 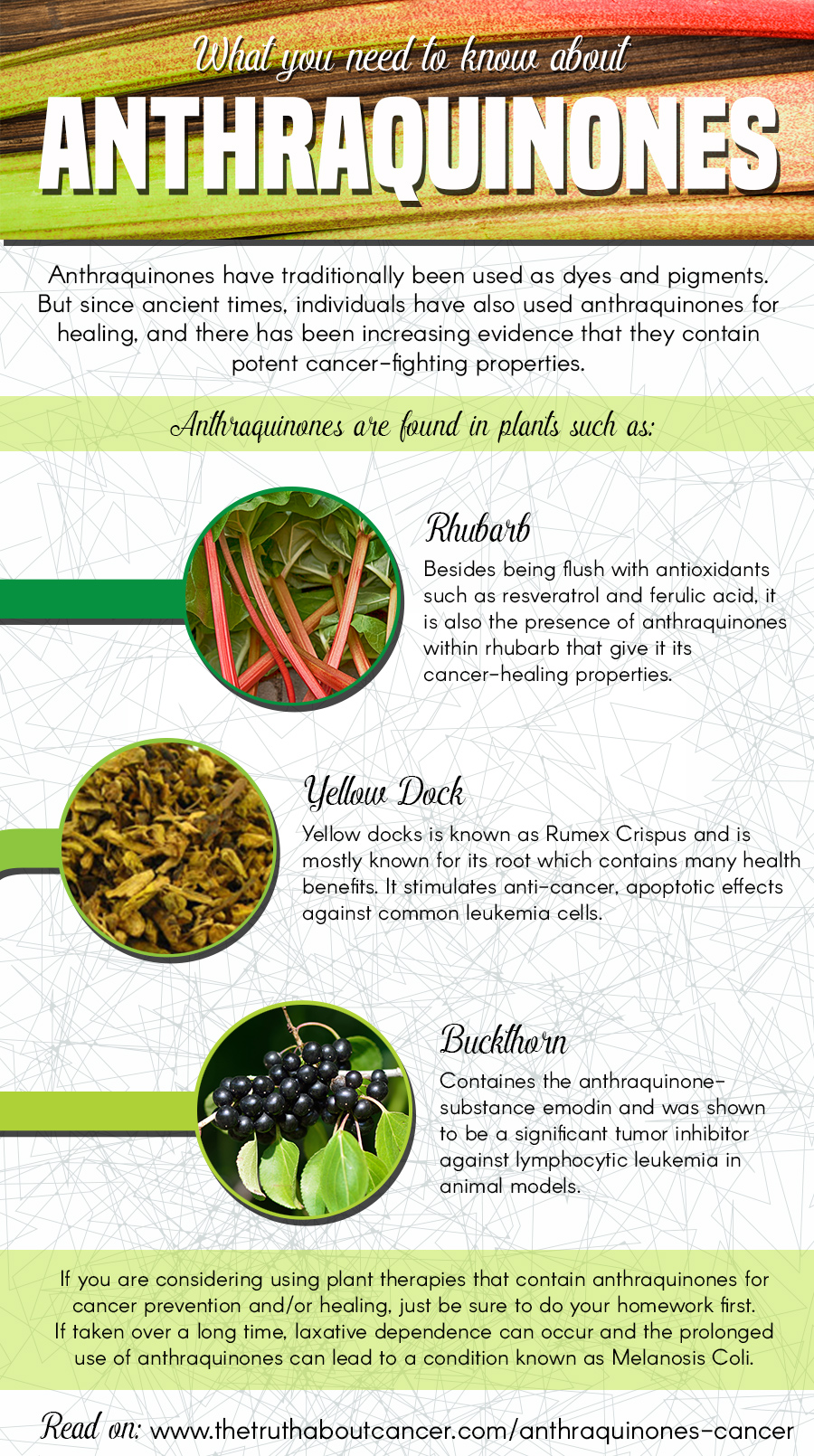 Want to learn how to use nature’s medicine chest? Experts reveal over 140 natural ways to fight disease in our latest documentary.

←
Previous
Eating Healthy But Not Seeing Results? This Could Be Why (+ 5 Simple Fixes)
→
Next
Using Chelation Therapy to Detox (video)

Dr. Veronique Desaulniers, also known as “Dr. V” is a natural health pioneer with over 30 years active practice in Bio-Energetics, Digital Thermography, Meridian Stress Analysis, Homeopathy, and Chiropractic. After she was diagnosed with breast cancer in 2004 and healed herself through natural means, she decided to devote her time to sharing her personal, non-toxic healing journey with others. Her years of experience and extensive research have culminated in the award-winning book "Heal Breast Cancer Naturally" and “The 7 Essentials,™" her coaching program that unravels the mystery of healing the body in 7 easy steps. Her story, wisdom, and knowledge has touched the lives of thousands internationally.